The Globalworth Foundation has partnered with Bank SOS in Warsaw in their campaign called Donate the food for the true spirit of Christmas’. Its goal is to raise money and prepare food parcels for those in need in the Mazowsze region. This Christmas, the organisers wish to hand over 56,000 food parcels as that is the number of people who they know are waiting for them.

As part of the partnership, the Globalworth Foundation has donated funds to Food Bank SOS in Warsaw to be used to finance the fundrainsing campaign of the ‘Give us food for a Decent Christmas’ campaign. The internet campaign is to be launched on November 23rd.

The organisers point out that, in Mazowsze alone, there are several thousand people who will be going through a difficult time in December worrying where they will find the money to buy food to place on their table at Christmas. Many of them try to put aside a little money, but then they are unable to pay their bills. Thanks to the parcels from the Food Bank, they can live assured that they will have something to eat at Christmas.

For the campaign to be successful, good people will need to be found who are ready to contribute (a parcel for one person costs at least PLN 29). The Globalworth Foundation has come along to help and has contributed almost EUR 15,000 to help finance the internet campaign.

As part of the ‘Give us food for a Decent Christmas’ campaign, an additional food collection is being organised in the Eurospar supermarket in Hala Koszyki.

For over 26 years, Food Bank SOS in Warsaw has provided food to the needy, the destitute, the unemployed, the ill, the disabled, single parents, the elderly and to all those who find themselves in difficult circumstances. In particular, the poorest people in Mazowsze need help over the Christmas period. 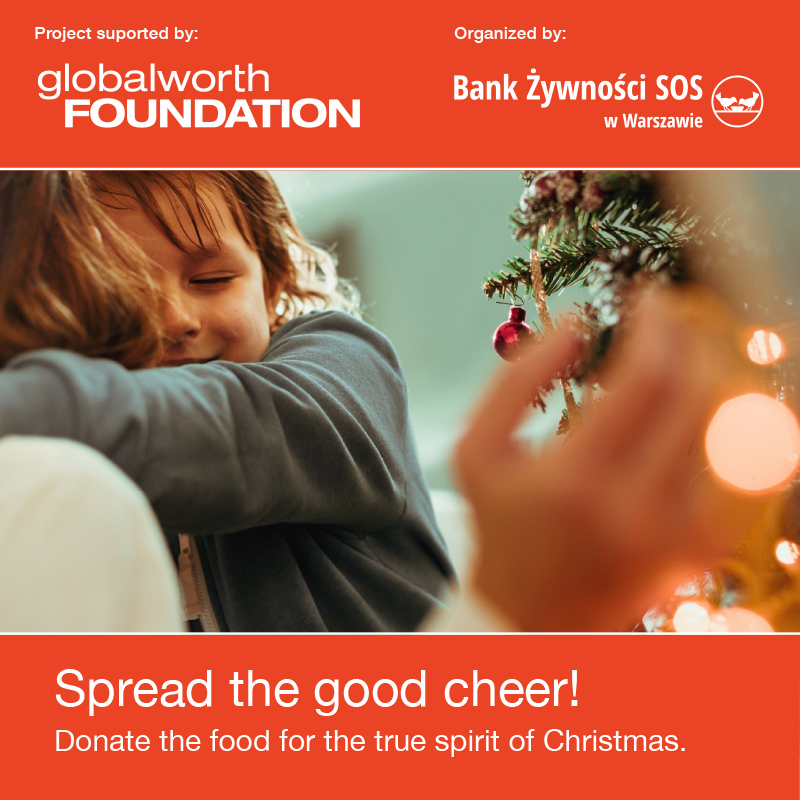