Lubicz Office Center is to be transformed: it will become both modern and green

Many changes are soon take place for Lubicz Park in Kraków – or the Lubicz Office Center, as it has been known until now. In addition to new amenities for tenants, such as chargers for electric vehicles and a an app for tenants, changes to its surroundings will also take place – there will be new plantings of greenery and a recreation area is to be created around the complex.

Lubicz Park is one of the most ideally located and well-connected office complexes in Kraków, as it lies in the very centre of the city, close to its main railway station and the Mogilskie roundabout. It comprises two intimate 5- and 6-storey buildings, which due to their scale fit perfectly into their historic surroundings. Over the next few months, both the office buildings and their surroundings will undergo a number of changes that will strengthen their position as among the best office buildings in Kraków.

“For this project, we will be paying a great deal of attention to the greenery. The space around the building will be attractively laid out with lots of plants – such as new trees, shrubs and decorative grass. In addition to this, new areas are to be provided for rest and recreation. Along with benches and tables, there will also be bicycle stands, while chargers for cars and electric scooters are to be installed in the car park,” says Paweł Choiński, a Senior Asset Manager at Globalworth Poland.

Changes will also be taking place inside the buildings, both visually and functionally. The common areas will be given a new look. The lobbies of both office buildings, including the entrance and reception areas as well as the atrium of building A are to be thoroughly refurbished. This will include replacing the finishing materials to a large degree as well as adding new furniture, LED lighting and a visual identification system. The bicycle infrastructure is also to be expanded – with more lockers, showers and parking spaces for cyclists.

Lubicz Park is one of the most sustainable office buildings in the country. It uses 100% green energy from renewable sources and holds a BREEAM certificate at the ‘Very Good’ level, which is currently being upgraded to ‘Excellent’. And not only that, but its owner and manager, Globalworth, is applying for other prestigious certificates. The entire complex is to be adapted for the requirements of the ‘Buildings Without Barriers’ scheme for people with disabilities, as well as the Well system, which ensures the highest standards in terms of the health and well-being of employees.

“As befits a modern office building, Lubicz Park will also feature proptech solutions. In the same way as with our other office buildings, we plan to introduce the Globalworth application, which, once installed on users’ phones and properly configured, will allow them to call the elevator without contact or to pass through access controls without the need for a card. The app will also allow them to manage the parking spaces they have been granted under their lease agreements. Over time, new functions will also be added,” explains Paweł Choiński.

The work on transforming Lubicz Park is to start this year and should be completed in the third quarter of 2022. 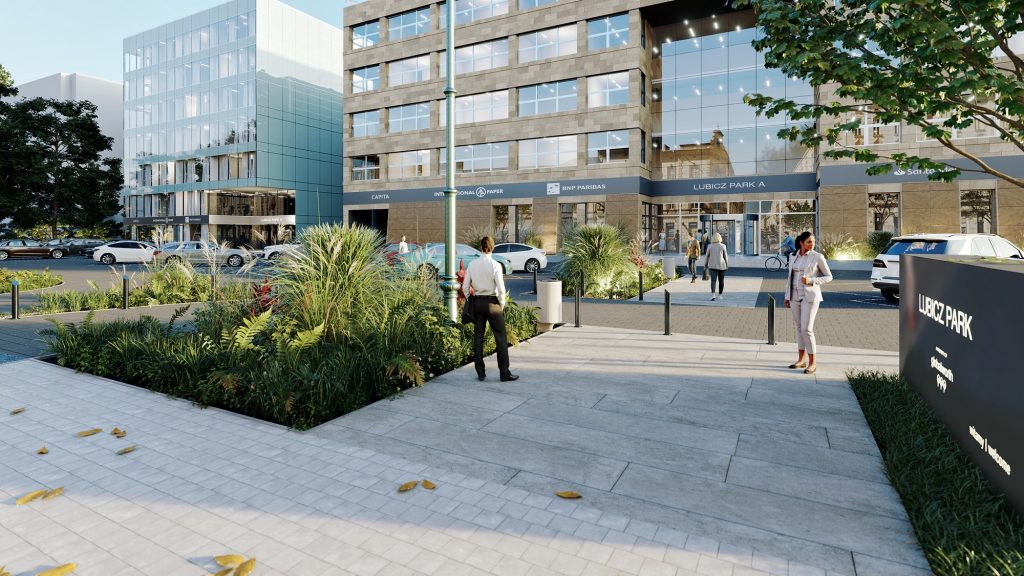 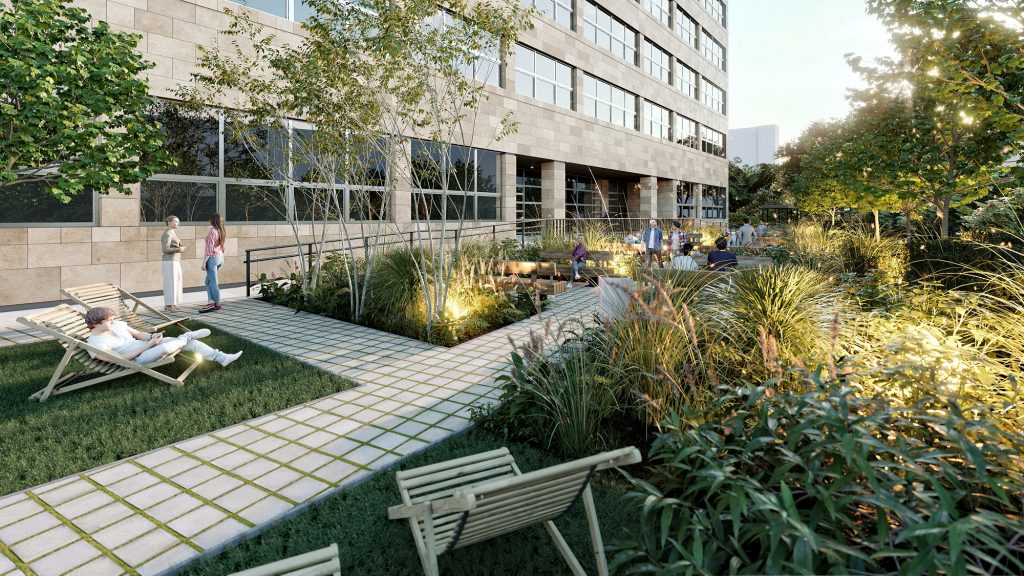 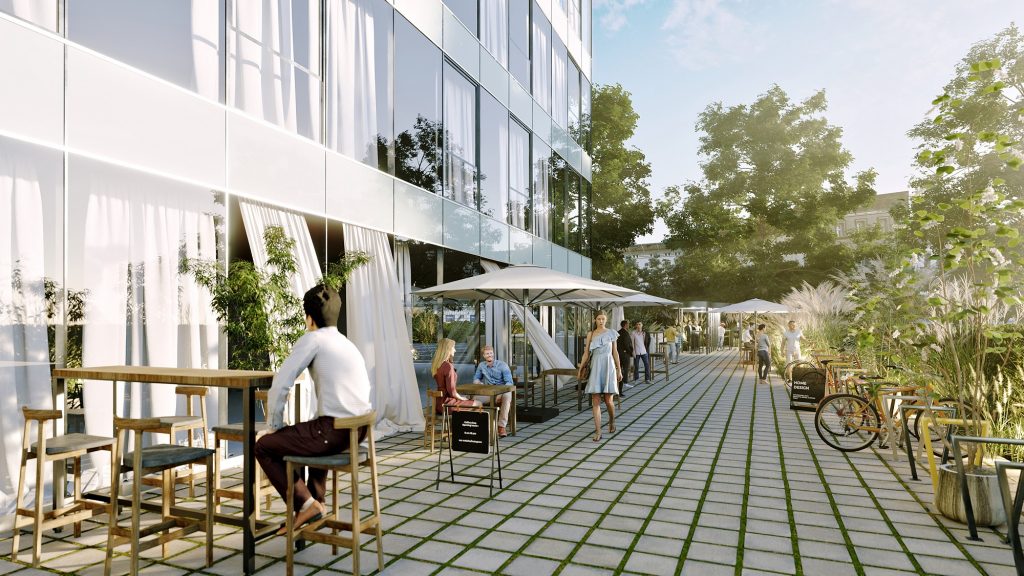 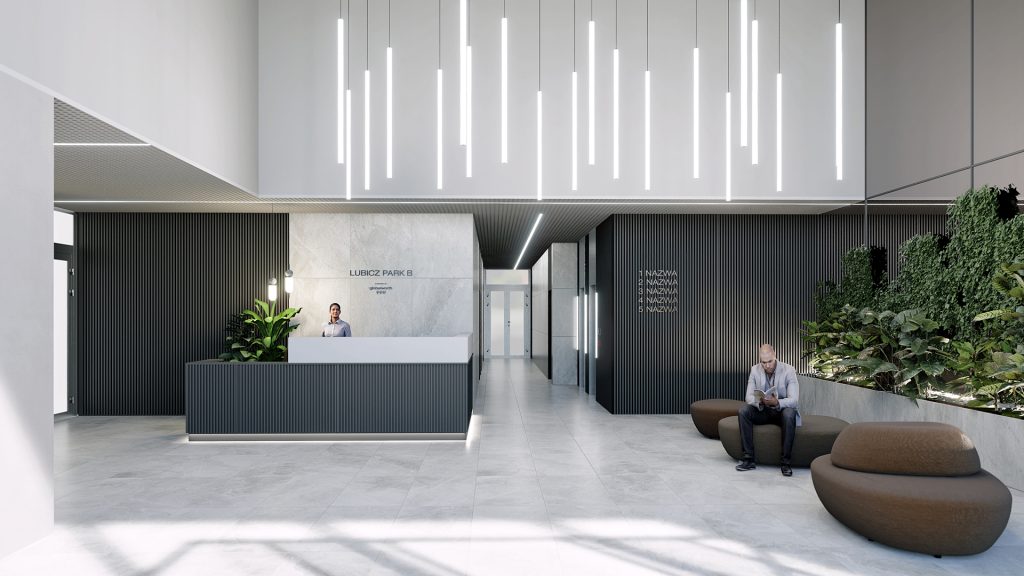