Dimitris Raptis, one of the most influential people on Romanian’s Real Estate Market

We are glad to announce that Dimitris Raptis was nominated among the most influential people on Romanian’s Real Estate Market by Property Forum.

With expertise for more than 25 years in the financial services and real estate industries, and a First Class (HONS) BSc in Banking and International Finance from Cass Business School, London, Dimitris Raptis is the CEO of Globalworth Group since December 2020. He was Globalworth’s Co-CEO between March and December 2020. He joined the Group when it was founded in 2012 as Deputy CEO and Chief Investment Officer. In this role, he was involved in most of the Company’s activities, with primary responsibility for Globalworth’s investment and capital raising initiatives, and since 2017, Globalworth Poland, the Group’s Polish business. During this period, he oversaw acquisitions and developments worth Euro 2.7 billion as well as the raising of Euro 5 billion of equity capital and debt capital which propelled Globalworth from an asset base of Euro 53m when it was listed in London’s AIM market exchange in 2013 to over Euro 3 billion today, becoming the largest office investor and landlord in the CEE region. 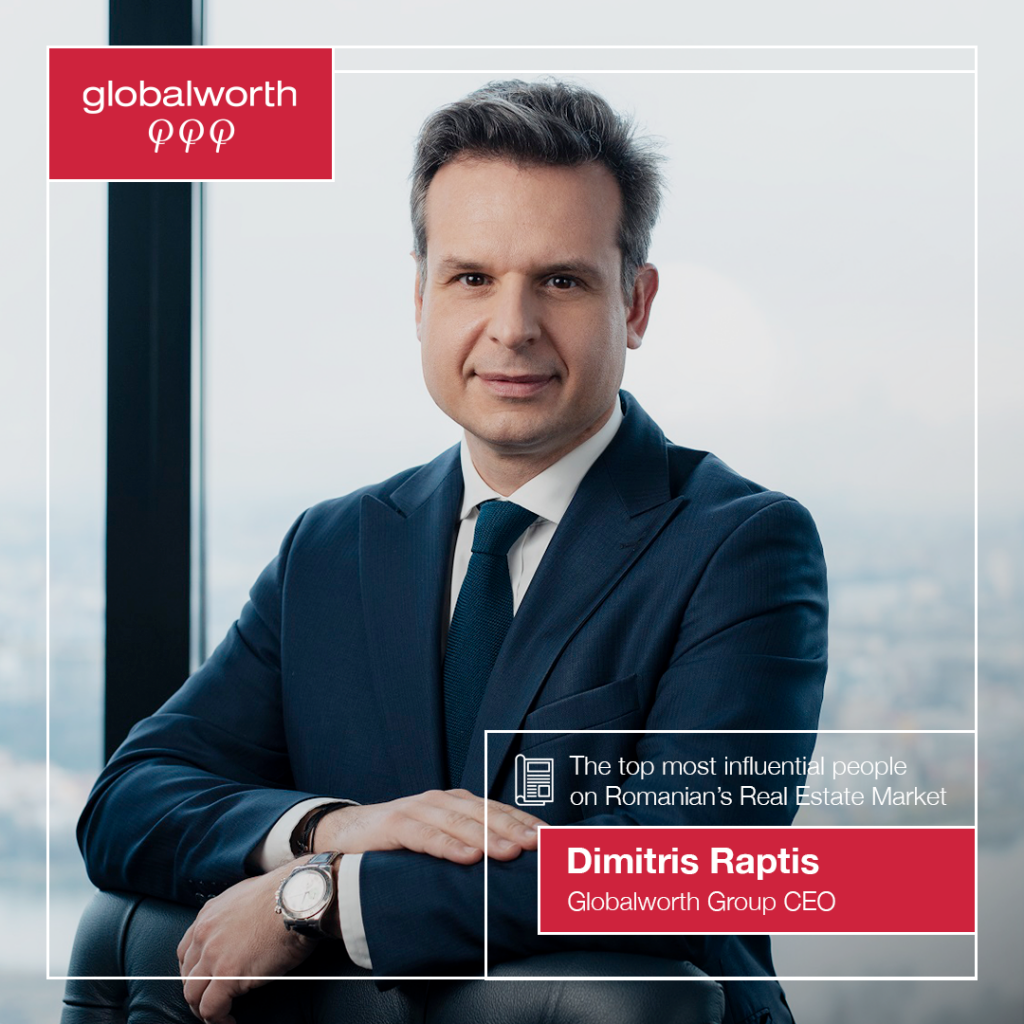