International recognition for Globalworth at the SABRE EMEA Awards 2021

“Sound Codes of Romania”, a project developed by Globalworth and Ogilvy, was designated the winner of the SABRE EMEA Awards competition, in the Real Estate & Construction category. Furthermore, the same project won an award at the In2Sabre Awards, a competition that celebrates excellence and innovation in PR internationally, making the only representation of Romanian in the Real Estate & Construction category. The Sound Codes of Romania campaign aimed to highlight the national identity for the young generation through a creative solution, beyond nationalist clichés. When it comes to preserving traditions and being proud of their national heritage & identity, the Millennials generation is quite reluctant. In this context, Globalworth created a connection between millennials and our cultural heritage, challenging them to rediscover the traditional Romanian elements through technology and the universal language of music.

Thus, on the occasion of January 24 – Union of Romanian Principalities, a special playlist was created on Spotify, integrating sound elements representatives of the Romanian sonic heritage, such as Buciumul from Bucovina, Toaca from Neamț and Cobza from Moldova.

Also, traditional Romanian carpets with QR codes woven were exhibited in the intelligent lobby of the Globalworth Tower building, at the Ion Mincu University of Architecture and Urbanism, the Museum of Contemporary Art and the Apollo 111 Theater.

SABRE awards the best global PR projects, being an industry reference competition. It focuses in particular on programs and initiatives that lead to a real impact on the business. 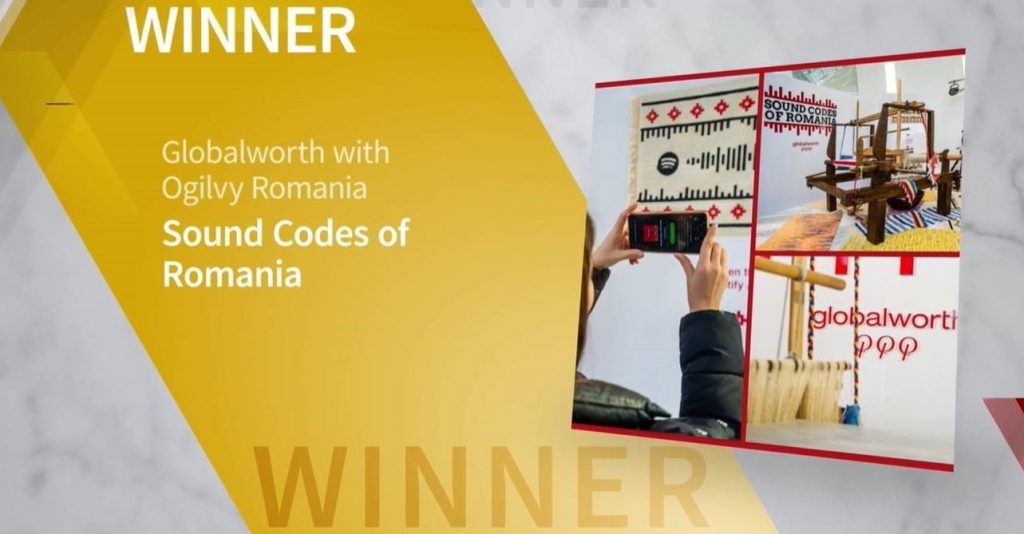