At the end of 2019, Globalworth marked a world premiere by inaugurating the world’s largest kinetic floor in an office building. The floor was installed in Globalworth Tower’s lobby together with a series of technological innovations. This inauguration also announced the largest natural green wall in an office building in CEE, thus becoming a benchmark for innovation and sustainability in the office market.

The wall with 12 different types of plants benefits from a sensor-connected and fully automated maintenance process. The 158 sqm system uses nutritionally enhanced recirculated water, which is treated with the help of osmosis. Photosynthesis is aided by projectors adjusted to a precise level of brightness arranged along the vertical garden.

In 2022, the Vertical Garden underwent continuous maintenance, such as the need to replace plants or power the automatic irrigation system from the kinetic floor. At the time of replacing the plants, some new species were also introduced in the whole garden, of which we mention: Medinilla magnifica, Begonia, Anthurium, Aeschynanthus, Maranta, Passiflora, Rhipsalis, Spathiphyllum, bringing more diversity to the garden and increasing the number of species from 12 as they were initially, to presently 19.

“Technology is part of Globalworth’s DNA, bridging human centric innovations and sustainability with the offices of the future. A workplace where we can generate energy through movement, where visitors can relax and work in a comfortable lobby, surrounded by elements of nature. Our green wall proves, once again, how important sustainability is for Globalworth. It is more than just a mission statement; it is a real catalyst for the future of our business”, stated Valentin Neagu, Head of Property and Facility Management at Globalworth.

Powering the automatic irrigation system from the kinetic floor brings a reduction in electricity consumption by approximately 21 kW or approximately 1.75 kW monthly. 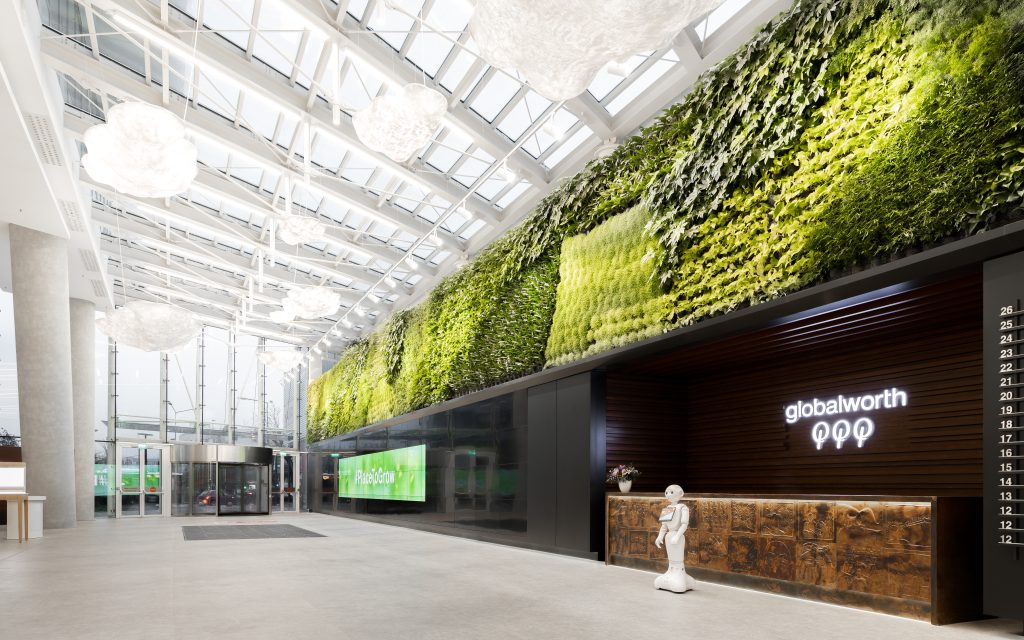 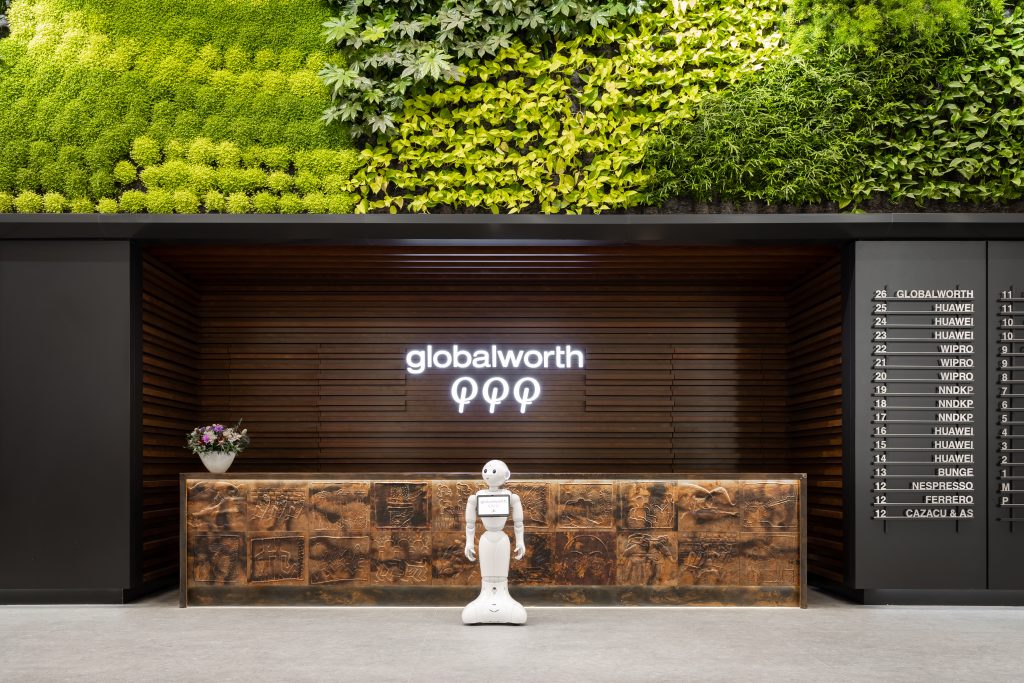 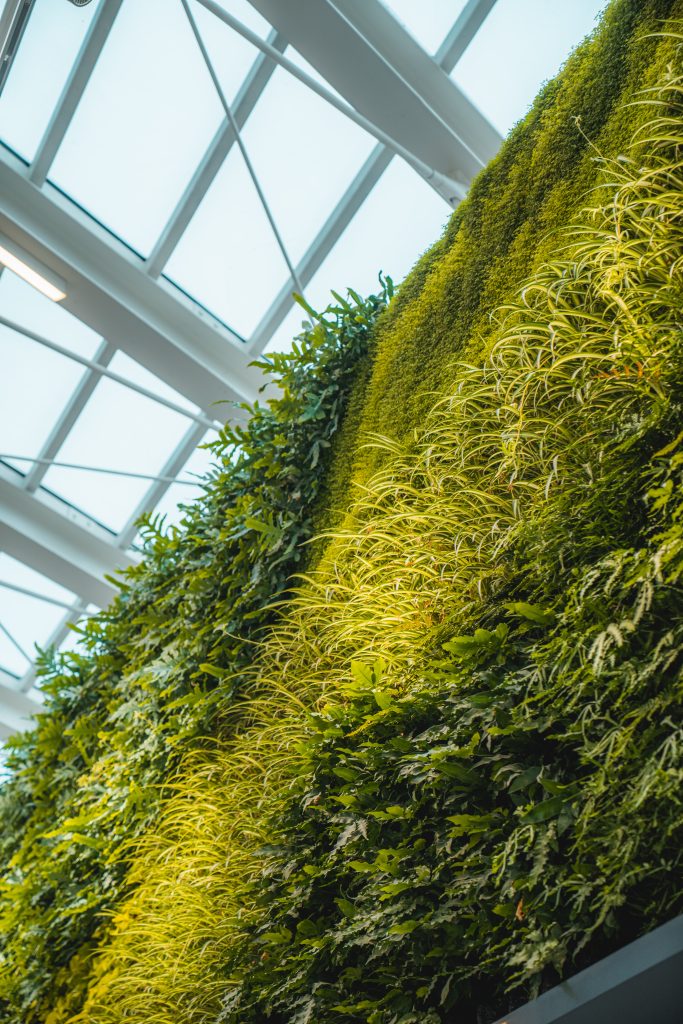 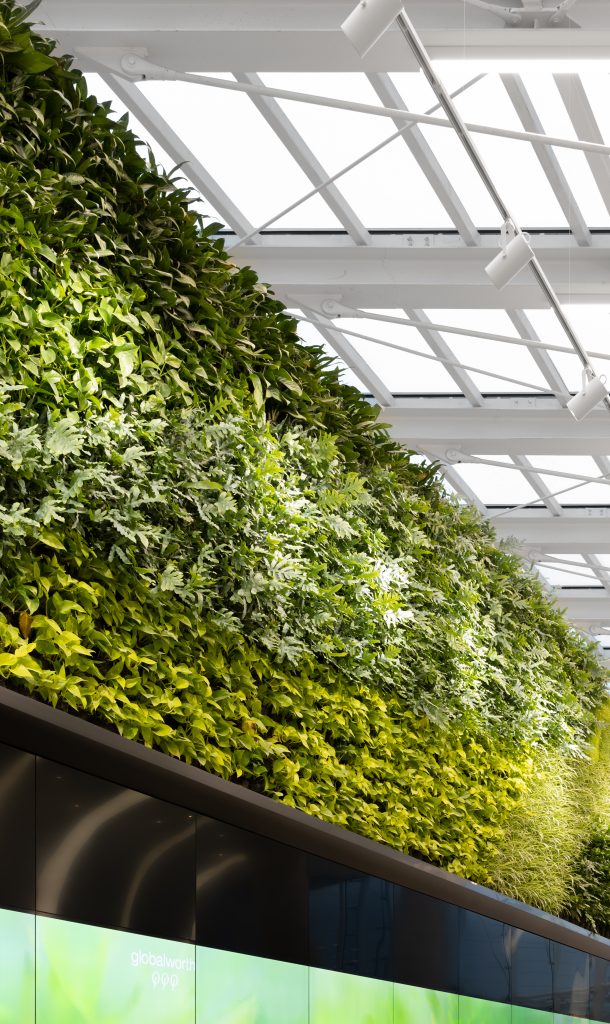